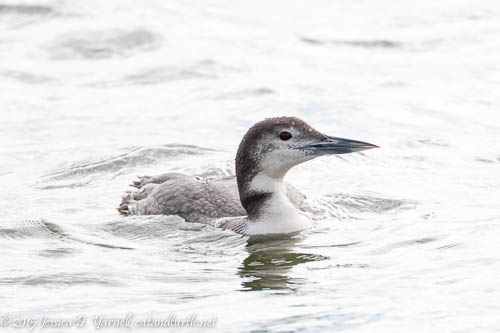 January 23, 2015 - Michael showed me the pier on the other side of the bridge, and there were some Common Loons in the surf.... Read more March 12, 2012 - I saw my first-ever loon yesterday at Fort De Soto.  I'm pretty sure he's a Common Loon.  He was swimming not too far from shore along the North Beach.  I had been thinking how neat it would be to see a loon, then I looked up, and there one was! …... Read more