In Search of Burrowing Owls

May 20, 2017 - I missed photographing the bright breeding colors of our Cattle Egrets this spring.... Read more December 31, 2016 -  I was just in time to catch the elusive breeding colors of the Cattle Egrets, whose faces show brilliant pinks and oranges and purples, but only for a few days.... Read more April 23, 2016 -  All the species were there: Great Egrets, Tricolored Herons, Snowy Egrets, Little Blue Herons, Anhingas, Double-Crested Cormorants, and Cattle Egrets....   I had been hoping for Cattle Egrets in breeding colors, and I got them!... But my favorite colors are those of the Cattle Egrets.... Read more 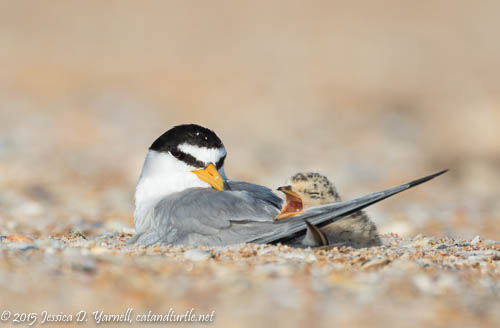 Year in Review: Photographic Memories of 2015

December 31, 2015 - I lucked out and visited Gatorland on a day when breeding Cattle Egrets were in full color.... Read more June 4, 2015 -  As I left, though, I couldn't resist stopping to photograph this Cattle Egret, who stood on the side of the roadway with a nice frog in his beak.... Read more Breeding Colors on Display at Gatorland

May 8, 2015 -  I love the Cattle Egrets with their showy pinks, purples, and oranges....  All morning I saw Cattle Egrets who had already lost their bright colors....  I think the sun actually came out for a very short time just as my target Cattle Egret posed.... Read more Lots of Good Color at the Gatorland Rookery

April 22, 2014 -  We had excellent opportunities with Great Egrets, Snowy Egrets, and especially the Cattle Egrets....  The Cattle Egrets moved into the rookery a little early this year, and they are busy building nests.... Read more Home > Beyond the Backyard > Gatorland Rookery > Gorgeous Birds at Gatorland

April 17, 2013 -  Now the Snowies and Tricolored and especially the Cattle Egrets have moved in.... My goal for the morning was a Cattle Egret in full breeding colors....  I hope the Cattle Egrets are still showing off when I do get back...... Read more Sunset at the Polk Rookery

April 8, 2013 -  It was then that we saw our most decorated Cattle Egret of the day....  Cattle Egrets are usually plain white birds, but during the breeding season, they get orange accent feathers.... Read more Cloudy Morning at the Alligator Farm

June 25, 2011 - Cattle Egret The rookery is definitely starting to wind down.  A lot of the birds have fledged, although there are still plenty of chicks and branch-hopping juveniles.  I've been watching a couple of Roseate Spoonbill nests over the spring, and a lot of those juveniles weren't around today.  I guess…... Read more Spoon-Feeding at the Polk Rookery

May 29, 2011 - Wood Stork chicks I had to laugh when I realized that I'd snapped this picture of an incoming Cattle Egret.  Look at those pointed toes!  He should have been a ballerina...... Cattle Egret So it was a great morning.  Thanks again, Herman!!... Read more May 14, 2011 - Augustine Alligator Farm's bird rookery.  It's right at peak season and the rookery, and the activity is awesome!  Some Great Egrets are still building nests, others have tiny babies, and still more have fledglings who know how to leave the nest but still haven't figured out how to feed themselves. …... Read more April 17, 2011 - There were Anhinga nests out there, and Cattle Egrets seemed to be nesting there as well.  Black-Bellied Whistling Ducks kept flying in and out too.  Dyeyo and I wished we could hop in a boat and get closer.  I had to settle for using The Beast and a 1.4x teleconverter. …... Read more In Search of Babies at Circle B Bar Reserve

April 10, 2011 - American Coot A nice Cattle Egret in pretty breeding colors was standing on the side of the trail as we headed towards the Windmill Whisper trail.  I love the oranges and pinks and purples of these birds in the spring.  Then a small flock of Cattle Egrets flew overhead.... Cattle…... Read more March 20, 2011 - Double-Crested Cormorant A couple of Cattle Egrets have started to show up in the rookery.  Most are not in breeding plumage yet, but this guy is well on his way to full color.  I love the bright oranges and purples of these birds!... Cattle Egret Dyeyo and I both enjoyed…... Read more October 5, 2010 - This evening we noticed a Cattle Egret climbing on a topiary.... Cattle Egret with Lizard... Read more July 10, 2010 - The majority of the Wood Storks have left the rookery, and you can see them teaching their babies to fish in the south pond by the Papyrus Islands.  This was one of the few storks who hung out in the rookery this morning: Wood Stork A bunch of the adult…... Read more July 3, 2010 - Tricolored Heron fledgling The trees were covered in fledging Cattle Egrets.... Cattle Egret baby Nearby, this juvenile Cattle Egret was posing for me.... Actually, he thought he was waiting patiently for his mother to return with breakfast (and he got excited anytime a grown Cattle Egret flew overhead!) - but…... Read more June 11, 2010 - Wood Stork juvenile Dyeyo's and my favorite nest of the day was this Cattle Egret nest.  The sun was peaking through and the babies were active.  It's too bad the big branch was in the way!... Cattle Egret nest I got some fun close-ups of breakfast time.... Cattle Egret feeding…... Read more